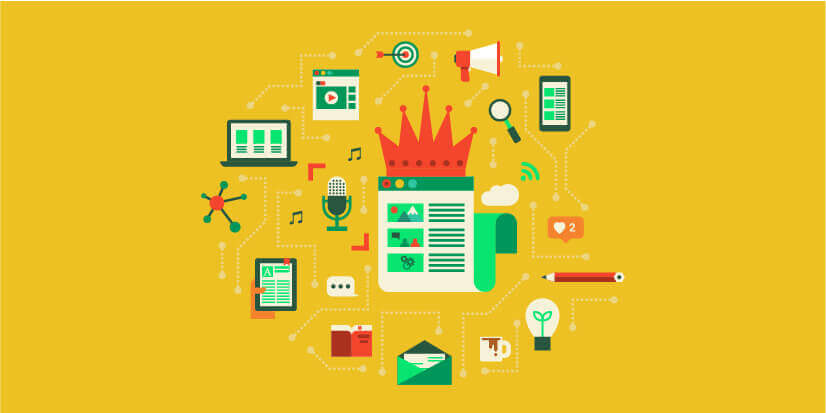 As one of the top Responsive Web Developers in Mumbai, Thane, and Navi-Mumbai, we at SySpree understand the role that content plays in your web design, and hence with the help of this blog, we focus the attention of our readers to how parts of this content too, plays a huge role in influencing the ranking of your web page.

Every game, be it cricket, tennis, or chess, needs a strategy to be successfully played or won, where the players decide the best way to play and win. All players involved play an important role and act as per the strategies to be implemented. Compare this to your brand and its approach to survival at the top and you will realize content, brand strategy, brand identity, web architecture, etc. are pieces of a puzzle which need to fall into the right place
for success.

A typeface is a family of fonts that consists of a specific font in various styles and weights. It is defined as a set of characters of the same design. These characters may include symbols, letters, numbers, and punctuation marks. Some of the majorly used Typefaces are Arial, Veranda, Times New Roman, and Helvetica.

We are leading Responsive Web Developers in Mumbai, Thane, and Navi-Mumbai, and consider typefaces to be an important part of any marketing strategy. Designing is a creative process and one could get drawn into the flow but results could vary and be inconsistent across different collateral. Let’s look at the role typefaces play in enhancing content:

Even if you don’t have to use the complete family of fonts, the basic italics and bold options of the font are still in place. For example, one font can be used to create the body, headlines, and content while another font can be used frugally for creative design only. These bitmap fonts were heavily used in the initial stages of the digital type and are rarely used today. These Digital fonts are created with font editors such as FontForge, RoboFont, Fontlab‘s TypeTool, Fontographer, or AsiaFont Studio.

Digital Type became a dominant form of type in 1980 and early 1990s. Digital fonts store the image of each of the characters as a bitmap which is in a bitmap font by vector font which is mathematically described as lines and curves in an outline font.

As a top-ranking Responsive Web Developers in Mumbai, Thane, and Navi-Mumbai, we place equal weight on the quality of content and typefaces that will be used while creating a website, thus drawing the visitors and holding their attention for a longer period.

According to any leading Responsive Web Developers in Mumbai, Thane, and Navi-Mumbai, this should be a good start for many of the users who have started researching how one can start their website. We assure you to go into further depth in our future blogs such as What is Digital Marketing? or The 4Ps of Digital Marketing to learn about more exciting topics.