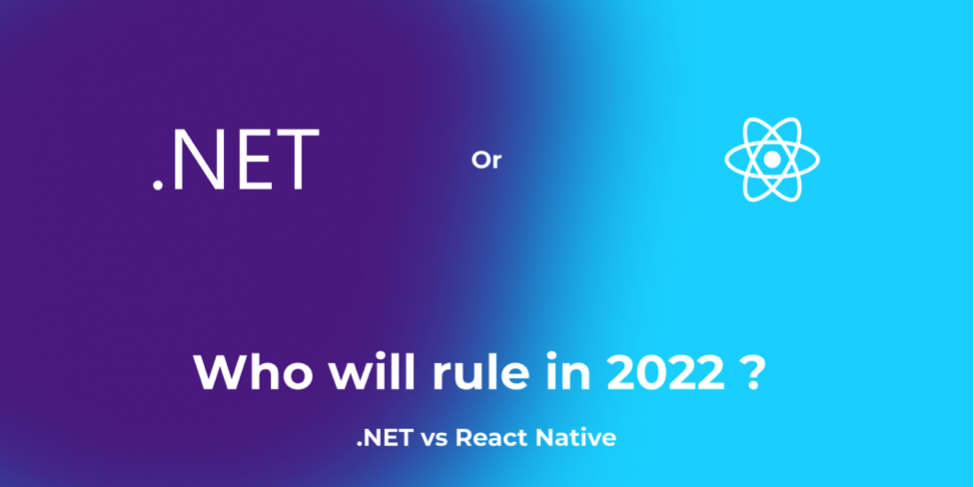 Who will rule in 2022? That’s the question being asked by the community of developers and tech enthusiasts. The answer is, of course, dependent on which development language will be most popular in 2022.

.NET and React have arisen as leaders in application development. Both of them deliver unique features that encourage better and faster development of applications. Still, you cannot decide between any of them just like that, assuming they all perform the same. Instead of that, a web development company will tell you that you should consider the factor of which one is more powerful and more trending in the market, and differentiate both of them inclusively to make a contingent, relevant, and dependent choice.

Also, you can get guidance from experts or hire a .NET developer to get the most prominent application development.

.NET is a free cross-platform, regular-use, open-source development platform that allows the development of a wide variety of applications. .NET belongs to frameworks (full stack) categorized by experts. Through .NET, you can use multiple languages, libraries, and editors to build native applications for websites, desktop applications, mobile gaming, IoT applications, and much more for Windows, macOS, Linux, Android, and much more.

Some major features provided by.NET include:

What is React Native?

React Native is a free, open-source framework used to develop cross-platform applications. React Native adopts JavaScript as its primary language of development, and it adopts the React library as its component source. The focus of React Native is on increasing the efficiency of developers across all platforms. React Native has become increasingly popular in recent years, thanks to its ability to create apps with a native look and feel. Additionally, React Native apps are often faster and more responsive than traditional hybrid apps.

Some major factors provided by React Native are:

Source code written in a single language is combined into an intermediate language, which is reserved on disk in a viable file known as an assembly. The assembly includes evidence that delivers information about the type of code, version, and protection requirements. A leading web development company will tell you that once the code is transferred into the CLR and validated, the intermediate language code can be interpreted into native machine code instructions.

Language authority for the.NET Framework utilizes the Common Intermediate Language (CIL), which is an intermediate code that is assembled at computing through the common language runtime. The .NET Framework assists in resolving version confrontations as it enables multiple versions of the CLR to exist on the same PC.

How does React Native work?

React Native permits developers to develop applications by revolving up JavaScript threads to interpret JavaScript code by creating a native bridge between the application and the chosen platform. The bridge notion strengthens the library and transfers the component’s top priority to the responsive view.

For instance, if the end-user clicks on a button, this case is translated into an event that JavaScript can manage. Further, through rerouting messages between native platforms and JavaScript code, the React Native bridges translate native events into something unique that React Native’s elements can understand and perform.

Pros and Cons of the .NET Framework

The best advantage of .NET is that it is based on object-oriented programming, where the software is divided into small pieces that allow developers to work on them at a particular time. When all the small chunks are completed, they can be combined and handled more efficiently.

The deployment and maintenance of applications can be handled easily with the help of.NET tools. Because of its modular design, developers can fix the applications or update the applications quite easily. There’s no requirement for long coding scripts or to follow haphazard steps.

As the.NET Framework comes under the control of Microsoft, any changes or limitations that the company might enforce will directly affect the projects that have been done under the .NET Framework. Due to this, the developers won’t have much control.

Whenever the company launches any new features or any new updates, documents and authorization can be lacking. This can badly affect the resilience of any new development project.

Pros and Cons of React Native

One of the major benefits of using React Native is the ability to reuse the code. This is an acknowledgment that your applications will perform smoothly on multiple platforms. Research shows that 90% of the native framework can be integrated to reuse the code on several operating systems.

Reduced costs come from being able to reuse the same code to build applications for Android or iOS. Due to this, you no longer have to depend upon two separate teams of developers. Therefore, the development cost of React Native is very effective compared to the languages that do not permit cross-platform development.

Even though React Native has been in the industry for quite some time, there are various custom modules that either need some improvement or, in some cases, are entirely neglected. That means you should run three different codebases rather than a single one.

React Native, used by multinational tech companies, is still in the beta phase. It means you can experience some package compatibility problems. When your developers are not skilled with this framework, it will take a very long time to solve those issues.

The future of .NET

The .NET framework is on its way out there, and Microsoft is focusing on making the .NET Core more agile and potential by introducing reliable and latest versions every year. .NET Core 7.0 and 8.0 versions are bound to be launched in 2022 and 2023, respectively. During this time, the previous versions will continue to obtain small updates as per their requirements. This functionality has helped the .NET development services be at the top.

The versions and updates of the .NET Framework have expanded its capabilities and generated confidence among all the developers who are using the framework for their development projects.

The Future of React Native:

The future of React Native is FABRIC

FABRIC is the code name of the ongoing project in React Native. This FABRIC comes down to three critical internal changes, which are:

New threading model—With this, every UI update will be required to run on three different levels. A new threading model will make it possible to simultaneously invoke JavaScript on any thread, managing its responsiveness while lowering the amount of low-priority work off its hook.

There is no clear winner in the .NET vs. React Native debate. Both have their pros and cons, and it ultimately depends on your specific needs as a developer. If you need to create cross-platform applications quickly and efficiently, then React Native is probably the better option. However, if you need more flexibility and control over your applications, then .NET might be a better choice. Despite the platform you use, be sure to do your homework and select the one that is best for you. If you like this blog check out our previous blog differences between websites and web applications.

This is a guest blog. If you want to write for us or share your guest blog, Click Here