Businesses have turned to micro-influencers for help in an age when aspirational advertising is largely overshadowed by authenticity. Many of these influencers are relatable and make genuine connections with their followers on social media.

Micro-influencers are individuals or groups who disproportionately influence a social media platform in a way that is favorable to their cause. They can be anyone from friends and family to bloggers, Twitter users, and even small businesses.

By using micro-influencer marketing, you can build relationships with people who will help promote your brand or product in a positive light.

Micro influencers have a larger social media presence than the average person but fewer followers than celebrities. They can land between 1,000 and 100,000 fans. Some say that anyone with less than 10,000 followers is a micro-influencer.

They are those who promote products that match their interests or expertise. For example, a food blogger might share a meal prep service, or a travel writer may share their favorite brands of suitcases.

Brands work with people with smaller social media followings to promote products through authentic, visual posts instead of sponsored ads. Micro influencers are trusted by their followers and can endorse their products for a lower price than celebrities.

Emma Ferrara, Viral Nation’s director of business development and sales, said that micro influencers could “cut through the noise” in a world saturated with celebrity endorsements and advertising.

A yoga influencer may have millions of followers and run multiple yoga studios. Although a micro-influencer in yoga might only have a few thousand followers, they may post instructional videos on Instagram that their followers can try at home. However, their average post gets a lot of engagement relative to their following.

This blog post will cover everything you need to know regarding micro influencers. We’ll show you how to connect with them to promote your brand. Let’s begin.

When organizations partner up with top content creators, people with thousands to even millions of followers, to promote their products and services to that content creator’s audience, called Influencer Marketing.

Brands can leverage the trust that has been built up among the influencer’s followers by partnering with them. Influencers can be extremely useful in promoting word-of-mouth marketing and increasing social proof. Check out the brilliant social media packages in Mumbai.

Consumers are more inclined to buy from people they trust. Influencers are often paid by brands to post content about their products or sponsor events. This captures the influencers’ vast reach.

Micro-influencers have a lower backing than influencers. They typically have less than 100,000 followers. A partnership with a micro-influencer can be extremely valuable for companies seeking to increase brand awareness.

However, engagement rates on content are at their highest point, around 1,000 followers. They create a lot of content that appeals to and is well-known in their field. A majority (82%) of consumers surveyed said they would buy something that a micro-influencer suggested. Micro-influencers can be partnered with companies to share a product review, write a post, or share it.

Because they already trust the influencer and are more likely to try out your product or service after hearing about it from them, people who are less likely to buy from you can be reached by using a micro-influencer. Discover the most reputable content marketing company in India. A macro influencer, on the other hand, is someone whose name and face are well known to millions of people, allowing them to pique the interest of those who aren’t already interested in the good or service you’re trying to promote.

Benefits of working with micro-influencers 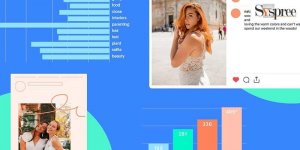 It may seem counterintuitive to use micro influencers. You may look for someone with a smaller following in order to promote your brand. Get the help of a leading digital marketing company to know more about micro-influencer marketing. There are many reasons to believe that they could bring better results for your brand. The world of influencer marketing is a challenging one. You have to be on top of your game, but you also need to be constantly aware of how your audience sees you.

It’s easy to get caught up in the moment and forget about the big picture—but that’s not how it works.

1. They help in increasing engagement

Micro-influencers are unlikely to be a profitable option for brands that only care about reach. Because their followers are mostly friends or acquaintances, micro influencers might have more genuine and frequent interactions with them. Maybe they share a common interest.

It doesn’t matter if micro influencers or their followers have been influencing one another long before a brand is involved. Perhaps someone shared with you that they went to a new breakfast place or purchased the latest iPhone.

These plugs feel authentic, at least according to anyone’s best judgment. Micro influencers are those who share their favorite products, looks, and places. When a paid partnership is established, the brand gains from the influencer’s perceived trustworthiness.

Micro-influencer campaigns are able to engage at a fraction of the rate of celebrity campaigns, which is 150 percent. The top social media marketing company can evaluate the micro-influencer approach and optimise your marketing efforts.

Followers will view celebrity posts as advertisements. However, micro influencers share products, and followers are more inclined to ask questions or forward the post to their friends. Ferrara stated that people today want recommendations they can trust and an impartial opinion. “I think that’s part of the attraction,” Ferrara said.

Brands value the micro influencers relationship with their audience. But so is the content that they create.

Brands have learned from the explosive success of platforms such as TikTok that user-generated, low-fi content can have just as much impact on viewers and possibly more than professional-shot content. You may get the greatest relevant material for your social media marketing from a top-notch content marketing company in India.

Clients who switched from branded content to influencer-generated content for paid advertising campaigns saw a 100 percent increase in click-through rates.

3. They have ideas outside the box.

Instagram is the most popular platform for beauty and fashion companies, but other verticals can also leverage micro-influencer marketing.

Tech is no exception. Tencent, a Chinese tech giant, partnered with Viral Nation in order to launch PUBG Mobile with 300 online gamers. Tencent paid ambassadors a reward and token of appreciation rather than paying them money.

4. They have intimate connections.

Only a few marketing strategies have the potential to match the impact of micro-influencer marketing. One with a modest following is referred to as a micro-influencer. These micro influencers have stronger relationships with their followers based on trust and expertise.

Micro influencers can serve a smaller audience and be beneficial for brands because they have access to a subset of the targeted population interested in your brand.

5. They can reach more people. 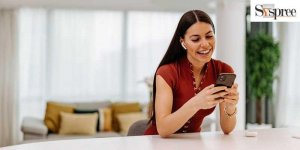 A study also noted that micro influencers are more targeted than influencers who have thousands or millions of followers.

Imagine this: A clothing brand could partner with a celebrity who has millions of Instagram followers, but not all of its audience might be interested in fashion. If the clothing brand connected to 100 fashion bloggers with 1,000 followers each, it could connect with a smaller but more engaged audience.

Experticity’s survey found that 82% of respondents said they would follow a recommendation by a micro-influencer. Look into the top social media packages in Mumbai.

6.They can help in improving conversion rates. 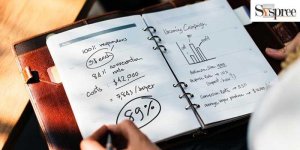 Conversion rates can also be viewed as the overall “impact.” If sales numbers rise significantly when you work with micro influencers, you know that the campaign was successful. It’s easy to see the value of your money when you look at conversion rates.

7. They can be more affordable.

Micro influencers tend to be more affordable than celebrity profiles or profiles with millions. Celebrities can charge as high as $75,000 for a single Instagram promotion post about a product.

Brands may be able to offer free products to micro-influencers who have smaller followings.

8. They can be more authentic.

What is Social Media Influence? 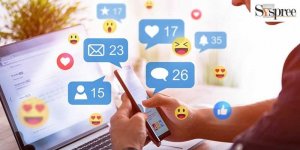 All the above benefits can be found in transactional micro-influencer marketing campaigns, where brands pay influencers to gain access to their audience. However, these campaigns can be misleading, says Amanda Russell, the author of The Influencer Code and How to Unlock the Power of Influencer Marketing.

Marketing with micro-influencers: The pros and cons

Let’s quickly summarize the idea of a micro-influencer campaign.

As you can see, there are both advantages and disadvantages to micro-influencing. Although micro-influence can help boost your digital marketing campaigns, it is ultimately up to you.

You now know what micro-influencers look like, which tools are available to locate them, and the pros and cons of working with micros. Influencer marketing can be beneficial for both small and large businesses.

These are the key points to remember from this article

Micro-influencers are a growing trend on Twitter and Instagram. Although they aren’t as well-known as macro-influencers on social media, these users are quickly becoming more established. Micro-influencers can make a huge impact on brands by using their own blogs and platforms. They must be found and contacted.

The days of brands focusing on follower counts when making partnership decisions have long passed. There are many options, but the key to cutting-edge influencer programs is identifying micro-influencers that align with the brand’s marketing objectives. Then weaving those accounts into a broader marketing program in an authentic and customized way. If you find this blog useful and want to read more then check out our previous blog on 10 Good Reasons Why Companies Should Consider Meme Marketing!